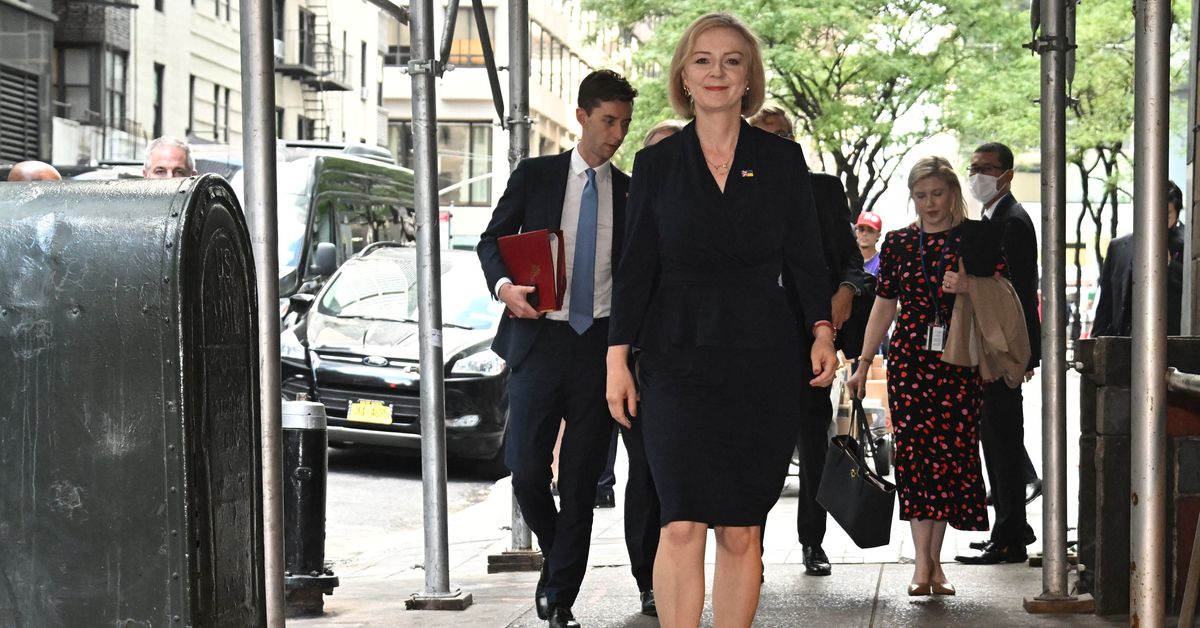 UK to set out financial regulation reforms on Friday – Truss

British Prime Minister Liz Truss arrives to meet Japanese Prime Minister Fumio Kishida ahead of a lunch bilateral meeting at a Japanese restaurant during their visit to the US to attend the 77th UN General Assembly, New York, U.S., September 20, 2022. REUTERS/Toby Melville/Pool

Truss told executives at a meeting in New York she wants to reform the rules known as Solvency II and MiFID, which Britain introduced while a European Union member, according to a transcript of her remarks distributed by her office.

“Alongside the tax statement that the Chancellor (finance minister) will lay out, he’ll also lay out a series of supply side reforms to make our economy more productive over the long-term, in areas like financial services – dealing with Solvency II, dealing with MiFID, in areas like infrastructure,” she said.

Truss’s new government wants to drive a post-Brexit overhaul of regulation to boost Britain’s financial services industry, which is the country’s biggest export sector and biggest source of corporate tax.

The government has already indicated it wants to scrap EU rules that cap bankers’ bonuses. Truss said on Tuesday that saying not everything her government does will be “popular”, but her priority is reviving the economy.

The government also wants to rip up Solvency II rules that, insurers say, inhibit their ability to investing billions of pounds a year into long-term infrastructure projects.

The Financial Services and Markets bill, which was introduced to parliament just before the summer recess, provides a mechanism for Solvency II to be replaced.

Talk of a drive to eliminate unnecessary regulation has been promised by successive governments, but progress has been slow.