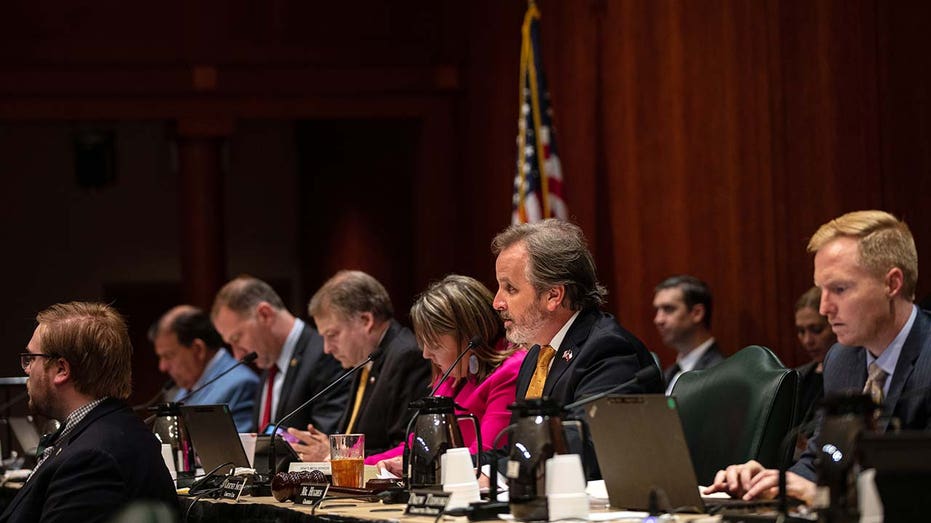 Check out what’s clicking on FoxBusiness.com.

A Texas state Senate committee is demanding that four top financial services firms hand over details of their investment practices as part of an investigation into the companies’ so-called environmental, social, and governance (ESG) standards and how they impact the state’s public pensions.

The letters, all of which were obtained and viewed by FOX Business, give the companies until close of business on Sept. 9, 2022, to comply. They requested documentation and correspondence pertain to climate activist groups, proxy votes involving Texas-based companies, and decisions on whether to invest in companies that are part of the fossil fuel industry.

Neither BlackRock, State Street, Vanguard nor ISS immediately responded to FOX Business’ request for comment on the letters they received from the Texas Senate committee, but Hughes said all have responded to the state via attorneys and signaled that they would comply.

CONSUMER GROUP ISSUES ALERT OVER BLACKROCK’S WOKE CRUSADE: ‘NO REGARD FOR AMERICAN FAMILIES’

But if the institutions refuse to hand over the documents or the committee finds them insufficient, the panel will start issuing subpoenas. That means lawmakers could force company leaders like Larry Fink, CEO of BlackRock – the largest asset management firm in the world handling more than $10 trillion – to testify under oath about their institution’s ESG initiatives.

“So our first step is to shine a light – sunlight is the best disinfectant,” Hughes told FOX Business. “If these companies are doing business, just doing their jobs just representing their clients, then they have nothing to fear from answering these questions.”

The committee launched the probe after the passage of Senate Bill 13, a law targeting firms seeking to cut off funding for oil and gas exploration. It essentially states that if companies boycott oil or gas, Texas will boycott them.

Texas lawmakers are particularly interested in the practices of the major financial firms because of their involvement with the Teacher Retirement System of Texas and the Employee Retirement System of Texas, which have entrusted the companies with managing their investments. Hughes says those companies “have a duty to maximize returns, not to play politics, not to push their left-wing agenda.”

“Their job is to maximize shareholder wealth, and we know from their own admissions that they’re playing politics with other people’s money,” Hughes said. “Well, that money belongs to Texans, and so we’re going to find out what’s going on and we’re going to hold them accountable.”

BlackRock is a leader in pushing companies to adopt ESG agendas in a commitment to decarbonization, sustainability and social justice causes. But critics argue ESG-driven investing is motivated by political views rather than serving the best interest of investors.

Energy-producing states like Texas and West Virginia are now pushing back, concerned that the ESG initiatives by major corporations hurt not only investors but the livelihoods of citizens who work in industries like oil and gas.

GET FOX BUSINESS ON THE GO BY CLICKING HERE

Hughes said the committee will gather their information and then make recommendations to the Texas state legislature when it returns to session in January and that “depending on what is uncovered, state agencies might move their money somewhere else.”

“Based on what we’ve seen so far, these firms are using other people’s money to play politics, and the politics they’re pushing is against the interests of everyday Americans – and certainly in Texas,” Hughes told FOX Business. “So that’s what this is about, and people need to know about this and we have to do something about it.”