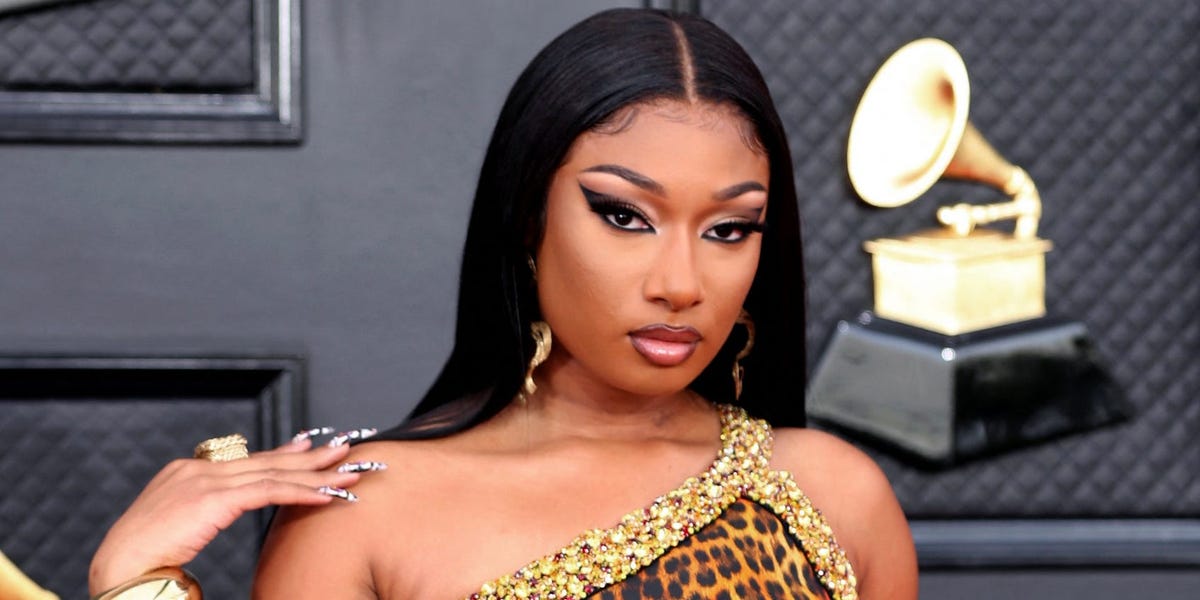 “Bad Bitches Have Bad Days Too” links to platforms that offer therapy, mental health resources, as well as crisis hotlines. There are several LGBTQ resources included on the site, as well.

The site is named after a lyric from her critically acclaimed song “Anxiety.”

The song is included on her most recent album “Traumazine.” It is full of references to her own struggles with mental health.

Megan, whose real name is Megan Pete, has been vocal about how losing both her parents and her grandmother has impacted her mental health. She has publicly endured ongoing legal battles, including an assault trial and a label dispute.

The singer discussed the difference between the carefree confidence she displays in her rhymes and her internal challenges in an August Apple Music 1 interview with Nadeska Alexis and Ebro Darden.

“On this album, it’s probably the first time I figured out how to talk about what I want to say,” she continued.

“So that’s just how I’ve been living life. And I feel like it’s been so easy for people to tell my story for me, speak on my behalf because I’m a nonchalant person.”