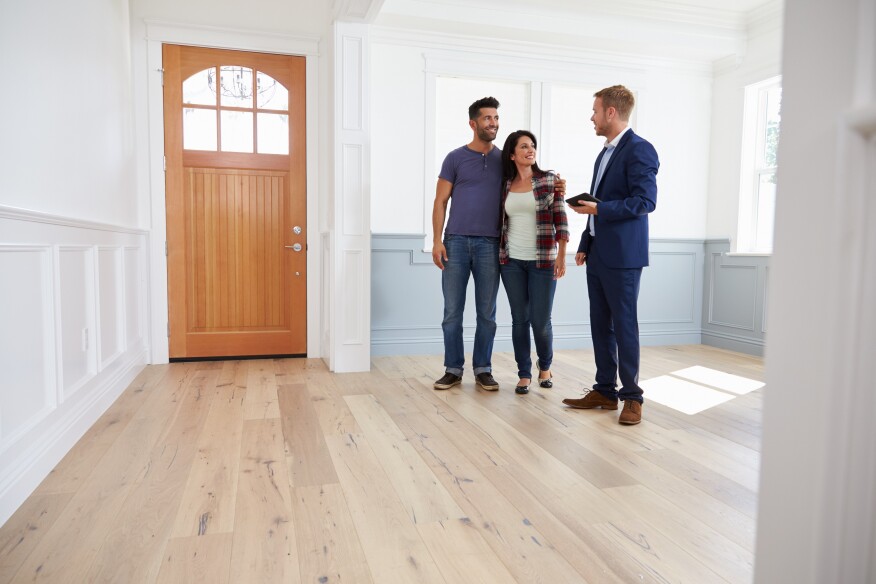 3 Lessons From the Great Recession for Sales and Marketing

I recently had the opportunity to share dinner with a home building legend. Being a legend doesn’t mean he’s perfect. In fact, when the Great Recession hit, he was forced to file Chapter 7 personal bankruptcy after building a business with over 150 employees. The company survived, is thriving once again, and is likely to only get stronger, in large part because of the lessons he learned through the experience.

As I spoke with him and his executive team over dinner after a rough sales month in July, his determination that they not repeat the same mistakes was unmistakable. “We can’t let the stress make us tense up. There’s no reason for it,” he said. “We aren’t a public company, the only people we report to is ourselves. Our financials are incredible—we could not sell another home all year and remain profitable. If we can’t remain calm, look for opportunity, and work on what we can control, we are letting our team down.”

By the end of my visit less than 24 hours later, the psychology of the front-line team was already turning positive as this message was disseminated across the company.

Those of us who have been through tough times before need to continue to share the insights we learned the hard way. It is necessary because we are the clear minority. While speaking at a seminar to over 50 marketing leaders recently, I mentioned the Great Recession, and one attendee asked what it was. It rapidly became clear that this wasn’t sarcasm, and a quick survey of the class revealed they had worked an average of 4.5 years in home building (since about 2016) and had not experienced any part of it personally.

Lesson 1: Culture and Psychology Do Matter

I’ll never forget taking a cab at the International Builders’ Show with Marty, the president of my home building company, in early 2009. Attendance to the show was way down. Our hotel rooms were under $100 a night at the most luxurious hotels, and registration to the show was completely free. It wasn’t surprising—by 2010, the revenue for the top 200 home building companies would drop by over 60%. The cab driver was lamenting the lack of activity from the convention, but, as he dropped us off, Marty handed him a $50 bill (our fare was only about $8) and said, “Well at Heartland, we’re choosing not to participate in this recession.”

It lasted only a few seconds, but that interaction would have a big impact. Marty understood that if fear was fostered in any way by our management team, it would have a direct impact on results. The sales team, in particular, must always “sell from strength.” If not the strength of the market, than from their own confidence and experience that they are offering the best home possible that is worthy of the customer’s investment.

Having a great company culture doesn’t mean you stop holding people responsible for doing their job well, but it does mean that you protect your people from unnecessary psychological distractions so they can perform at their highest level. Less experienced leaders I coach are already struggling with this idea and how to cope with the stress of a slowing market. They need those with experience to come alongside them now more than ever.

Most companies have guardrails in place to make sure the homes being designed and built are what the customer is most likely to desire. If you get the right product mix at competitive prices, the desire to own is a powerful motivator. Too often when the market heats up these procedures are abandoned in favor of moving as quickly as possible. By the time the market begins to normalize, builders often find themselves with several of the same floor plans that no one really wants, or with haphazard selections of options and finishes that turn off the now scrupulous buyers in the market. Advertising is not always the best answer, especially if your product-market fit is off. Telling more people about something that doesn’t interest them is not only a waste of resources, but it also potentially harmful to your brand and reputation.

Still, when the Great Recession hit, many companies that had large amounts of inventory advertised themselves out of business believing they could “ad-buy” their way to profitability. When traffic dried up from the single, full-page ad in the Sunday paper, at $8,000 to $15,000 per week, they ran two full-page ads, certain that would drive traffic to the models. If you increase spending and don’t see results trending in the way you expect after three to five weeks, then roll up your sleeves to address the deeper issues. Sometimes that means admitting that some big mistakes were made, accepting the negative hit, and moving on—but at least it is then behind you.

Think of advertising like rocket fuel. If you put the fuel in the right engine, it can go faster and farther, efficiently. Pour rocket fuel into your lawn mower? Results will vary, but most of the time I think you’ll end up with a fireball and a visit from your local fire department. Make sure to check your engine (i.e., buyer journey, lead funnel, sales and marketing stack—names will vary by company) regularly and don’t deprioritize engine maintenance. Only once the engine is firing on all cylinders does it make sense to toss in the rocket fuel at greater amounts. Jim Collins in his book “Good to Great: Why Some Companies Make the Leap and Others Don’t” uses the analogy of firing bullets with your gunpowder (i.e., budget/ resources) first, and only after you see results from multiple rounds of bullets do you put the gunpowder behind a cannonball. You only want to spend the energy to fire the cannonball if you know the result will be worth the effort.

At Do You Convert, we continue to find new and innovative ways to use digital advertising and online sales expertise to drive leads at volumes necessary for success. That isn’t nearly as difficult as helping companies understand which cylinders of their engines aren’t firing in sync and giving them the tools and step-by-step instructions for fixing them. However, we realize that rolling up our sleeves and addressing those items is what leads to outsized growth and sales results. If the answer back on how to improve results is always to keep raising the budget (more rocket fuel), you can understand why CEOs and owners tend to be skeptical of marketers.

“Get as many traffic units as you can to the sales teams” was the rallying cry early on during the recession. Weekly traffic reports were abysmal, with many salespeople receiving an average of zero to two units of traffic per week. Several builders notably started offering gift cards to each person who would tour a model home. A $25 Visa gift card just for showing up—that is how much importance was placed on walk-in traffic.

At Heartland Homes, we took a different approach. We tore apart the product line, option pricing, competitive analysis, messaging, systems, and over 90 exhausting days. It was a marathon at a sprinter’s pace. After all the effort, the number of traffic units improved, but not as dramatically as one might expect. What did improve markedly was the number of appointments held by the sales team each week as we gained better traction with each prospect that interacted with us online or offline.

Appointments are meaningful conversations around pricing and options that last at least 15 minutes—dramatically different from a model presentation with an unregistered prospect. They can be prescheduled with the online sales team or held on the spot with walk-in traffic. A pattern emerged: The number of traffic units didn’t really matter at all, as appointments were converting up to 50% of the time to sales. In fact, it wasn’t uncommon to see a traffic report with one traffic unit, one appointment, and one sale. Sales managers stopped asking salespeople, “How was your traffic?” and started to focus on how many appointments salespeople had and how they planned to continue the progress toward a sale.

One of my favorite analogies is that of a Slip ‘N Slide, the classic yard toy from Wham-O. The job of a great sales and marketing team is to reduce the friction inherent in the process of buying a home by adding water. You win as an organization when you help motivated buyers (regardless of how many there are at any given time in your market) easily move forward.

Who you take advice from is entirely up to you, but I highly recommend that one of your criteria for discernment should be asking yourself how many housing cycles the individual has been through. Adversity always creates opportunity for those who can learn and adapt faster. These are the times that incumbents are upended and that new leaders emerge. I expect the Builder 100 list is going to have a lot of movement in it over the next couple of years. If you can adapt the lessons that others have learned before you, it will give you and your team an edge because, as it’s believed Mark Twain once said: History doesn’t repeat itself, but it often rhymes.